56 matches will be played in the league stage, with each club playing 14 round-robin matches. Following the league stages, a five-game series will be played between the winning team of the BBL 2022-23 (BBL) and the qualifying teams in order to determine the league champion. CA (Australia) has decided to use 13 cities to host the BBL 2022-23’s elite team. The three new venues this year include Lavington Sports Ground in Albury, Cazalys Stadium in Cairns, and North Sydney Oval in Sydney.

The Big Bash League is one of the world’s most popular T20 leagues. It is positioned second in popularity, as we compare BBL vs IPL. The Big Bash League was established by Cricket Australia in 2011. It is a very popular league worldwide. Australians are generally in command of cricket promotions. 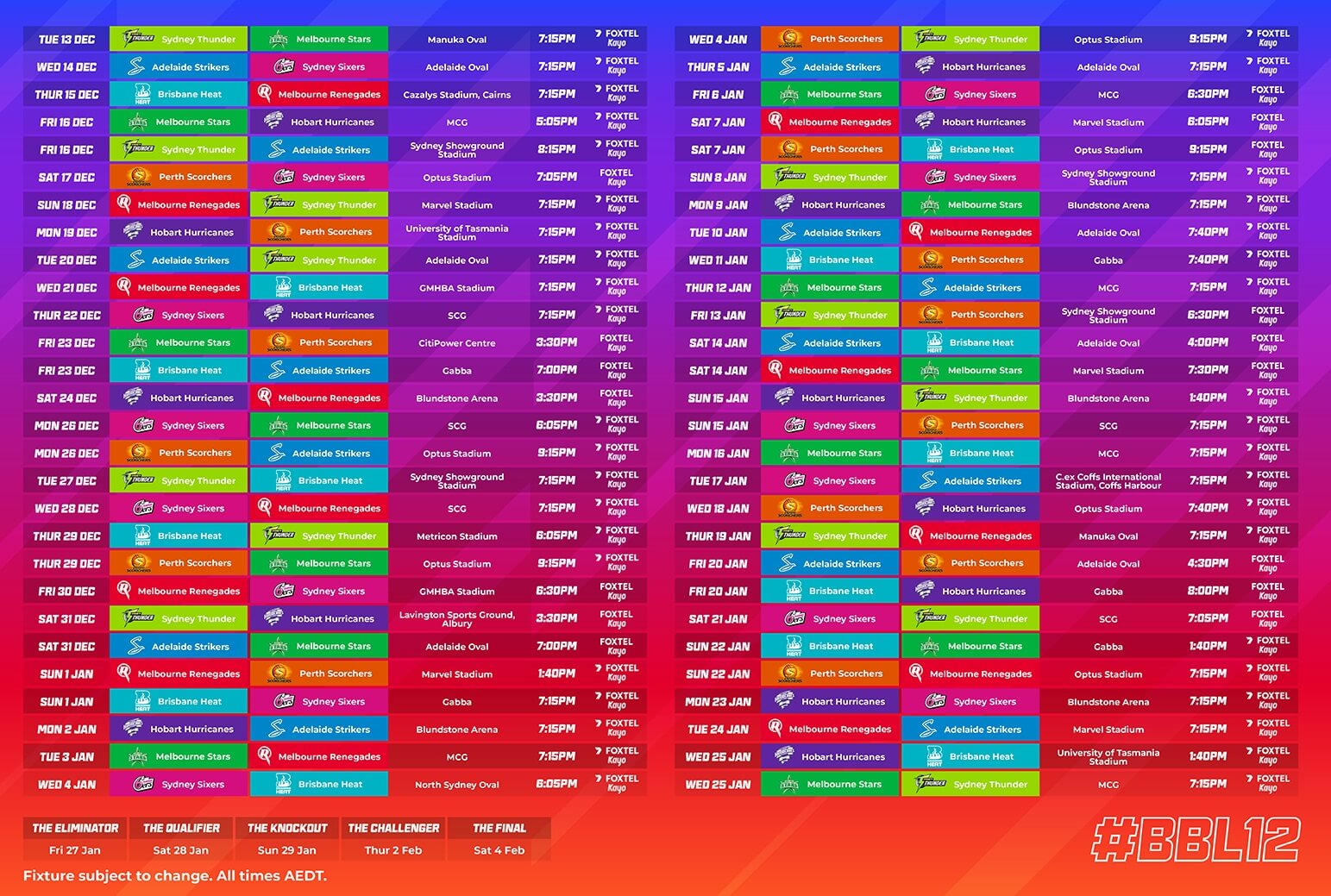 The Big Bash League has become one of the most prestigious leagues in the world, and its viewership is also increasing with every passing season. We will update this Big Bash League Points Table after the tournament begins.

The Perth Scorchers are the most successful BBL team ever, winning three championships in their name and also having a record of winning two back-to-back BBL titles. Adelaide Strikers, Sydney Sixers, Melbourne Renegades, Brisbane Heat and Sydney Thunder have all won BBL trophies once. Melbourne Renegades won the trophy for the first time in 2019-20. As Big Bash League is a domestic cricket tournament, it is an excellent opportunity for low-ranked players to perform well on the national level and subsequently become Australia’s national cricket team members.

Over the years, Sydney Sixers and Perth Scorchers have played consistent cricket. In the BBL, Scorchers denied Sixers from lifting the coveted title. Sydney Sixers, led by Moises Henriques, have a balanced playing group and plenty of talent on their bench. As a pre-tournament prediction, we think Sydney Sixers will be the champion of the 2022-23 BBL season.